We want to share a “Good Cop” story with you. 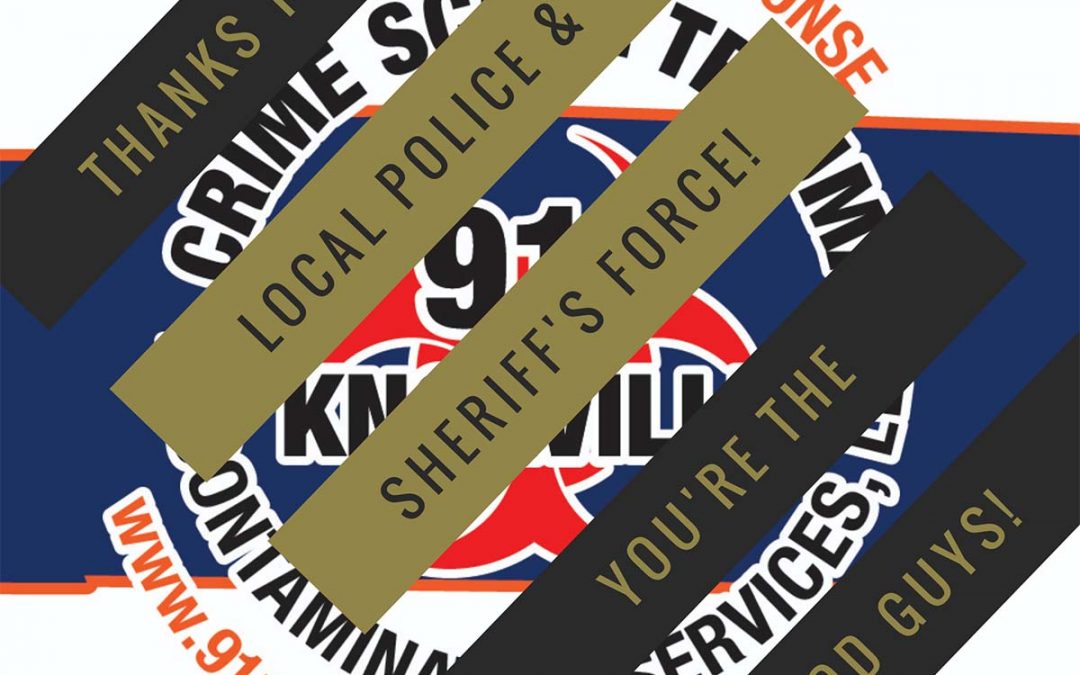 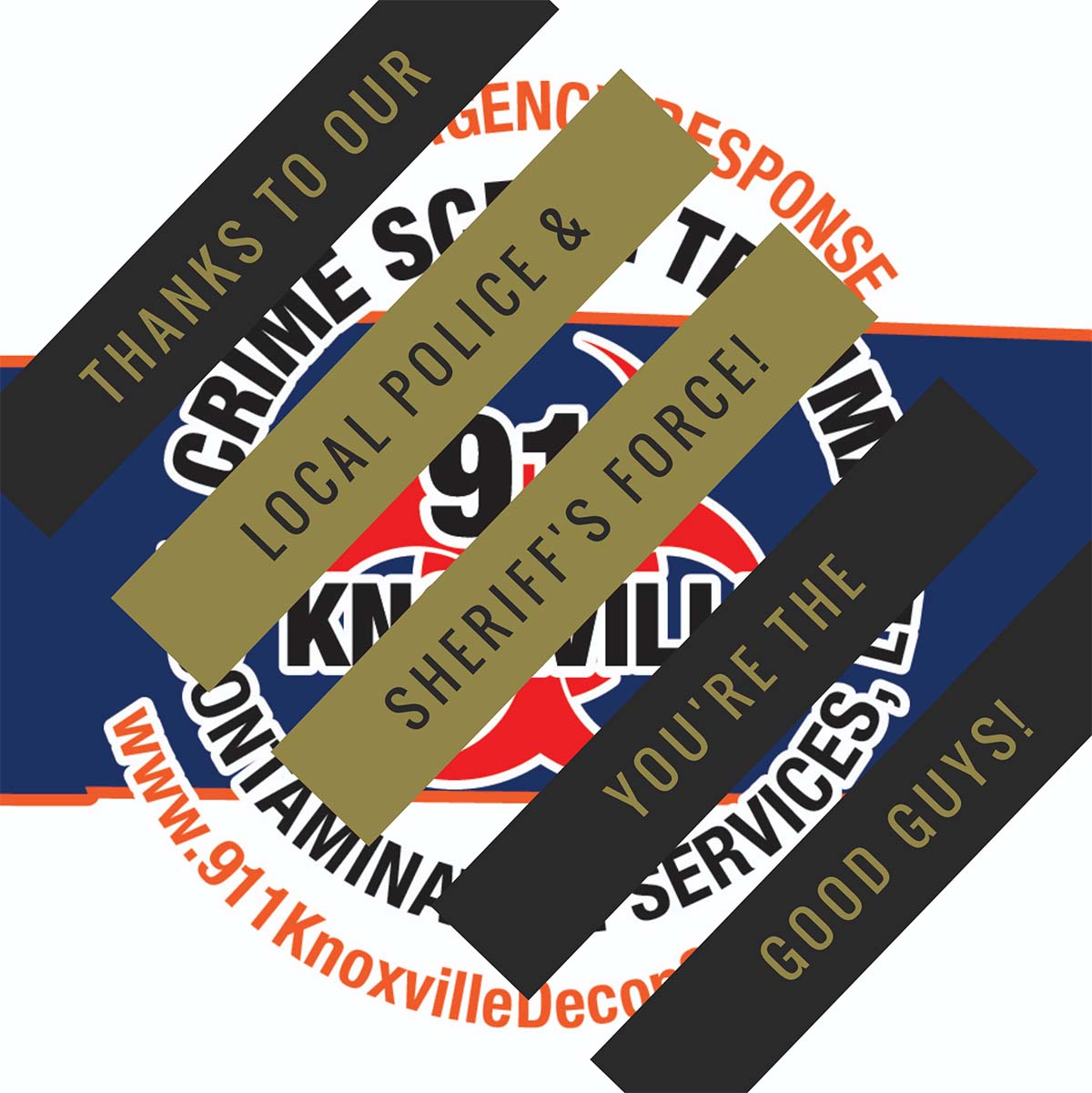 Please enjoy this story from KnoxTNToday.com:

Into today’s maelstrom of “bad cop” news, rioting and looting steps a young Knoxville man named Elijah McGinnis and his story about DeAndre Jones. If you’re not interested in some good news about a good cop, stop reading. 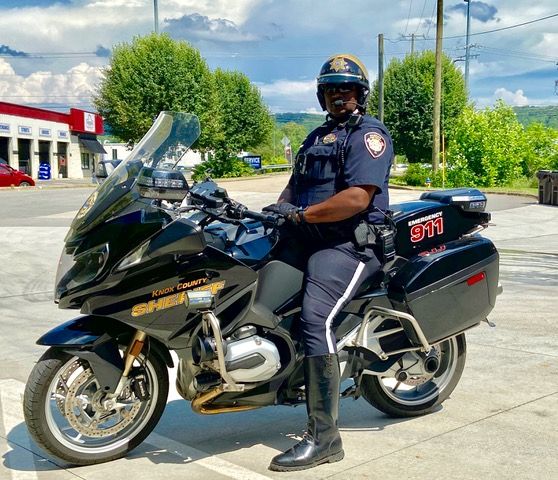 The good cop is a big guy with a big heart and smile who rides a big bike. You can usually find him patrolling from Powell to Halls to Corryton and around northeast Knox County. Officer DeAndre Jones is the good cop, a member of the Knox County Sheriff’s Office (KCSO) 11-member Tango Motorcycle Unit.

Jones, 49, is a 15-year KCSO veteran. McGinnis is 22 and has had his share of time with cops – four multiple speeding tickets, a seatbelt violation, and he says he’s talked his way out of a few more tickets. “No more. This experience changed me forever,” he says.

Their paths crossed, so to speak, on Thursday morning, Aug. 29, 2019, at the intersection of Conner Road and Emory Road. McGinnis, 21 at the time, was stopped at the stop sign. Jones rolled up behind and noticed his license plate was expired by two months. In cop talk, he “lit him up.”

As you keep in mind that this happened nine months ago, you may wonder why this story has surfaced now. The answer: with the death of George Floyd in Minneapolis and the subsequent riots and looting happening across our country, McGinnis decided to tell this story about Jones and tell it he did on his Facebook page on May 31. In his own words: “… Sorry for the length of this post in advance, but with all this stuff going on in the world right now I felt the need to share my story with law enforcement.”

Here’s an abbreviated version of the story: McGinnis told Jones he knew his tag was expired, that he was going through some tough times financially and could not afford to renew his tag. Jones told McGinnis to follow him and led McGinnis to the Knox County Clerk’s office in Halls. Jones told the clerk McGinnis needed his tag renewed and Jones pulled out his wallet and paid the fee for McGinnis. Just like that.

McGinnis in his post puts it this way: “… Not knowing what he was doing I followed him down there (clerk’s office), he walked in behind me, told the lady I needed to get my tags renewed. So, I gave her my information. She said that’ll be $60. I gave Officer Jones the ‘if I swipe my card it’s going to be declined’ look. He was already pulling his wallet out; he used his own card, his own hard-earned money to help a kid out that he could’ve easily looked at as a white privileged kid that was just trying to get out of a ticket.”

Here is a LINK to the full Facebook post which has so far been shared by more than 1,000 readers, pulled in around 1,800 likes and has 208 comments below it. In the world of Facebook, that’s powerful messaging.

So, who exactly is this good cop? The answer came when he replied to the question of why he did this. “That wasn’t DeAndre Jones working. This was the Lord working that day. He put us together. It’s hard to take credit for the Lord’s work. I felt it in my heart that this young man needed me to do this, to help him out. I’d do it again in a heartbeat. It humbled me.”

McGinnis says this has changed his life. “I’ll never forget that day. He inspired me to be a better human. He listened to me, he helped me out when I was really struggling. There’s a lot of bad cops out there, but there’s also a lot of good ones.”

He says he came forward now because of what’s happening in our country. “I was tired of getting on social media and seeing all the negative things said about cops and race and I wanted to share something positive,” McGinnis said.

Let’s meet Officer Jones. He’s the youngest of eight children and grew up in the Kinlock neighborhood that’s part of Ferguson, Missouri, (just outside St. Louis) where rioting took place in August 2014 after an altercation that resulted in the shooting death of a black man, Michael Brown, by Officer Darren Wilson. Wilson was cleared by the Department of Justice and a grand jury of any wrongdoing.

“That happened in the hood and that’s where I grew up, in the projects, the hood, right there,” Jones said. “And when I was 12 or 13, I was beginning to do some things with buddies that were bad.”

In 1970 when Jones was 15, his mother, Rose Marie Jones, now 76, left their home there and moved the family to Knoxville where two of her daughters were already living. Jones went to West High School where he played football (wide receiver and defensive back) and ran track. After graduation he went to work, first at a Hardee’s, then 10 years with Coca-Cola and then with a children’s home health service.

In 2005 he joined the sheriff’s office, and in 2009 he began patrol work. He joined the Tango cycle unit in 2018. “The two weeks of motor school in 2018 is one of the hardest things I’ve ever had to do,” he says. “Man was it tough, learning how to ride that motorcycle, turn it, control it at speeds. Just real hard.”

He and wife Melanie both have 22-year-old sons from first marriages and together they have two teen boys, 17 and 13. She works for Clayton Homes and son DeAndre Jones II also works there. Here’s a small world piece of news about this story that Officer Jones didn’t know at the time this happened. McGinnis and “D.J.” as he is called were buddies at Gibbs High School and graduated together.

This isn’t the first time Jones has gone out of his way to help someone and it’s part and parcel of a job he loves. “I do love what I do. I feel proud about what I do, and I love to make people smile and help them,” he explained. “It’s part of our job.”

McGinnis remembers the last words Jones said to him outside of the clerk’s office. “He looked at me and we shook hands and he said ‘Everybody hits tough times in their life. I just want to help when I can.’”